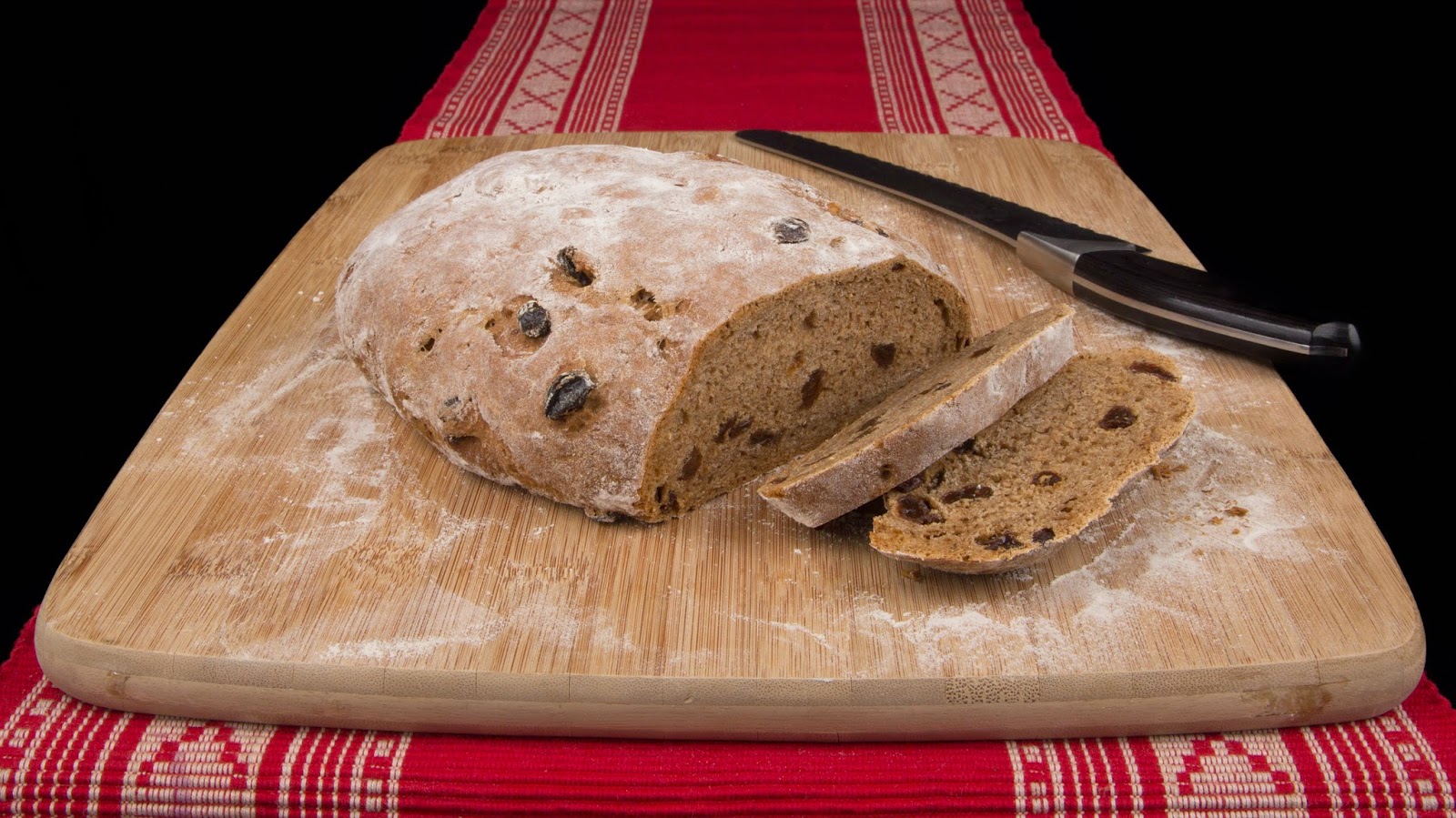 Vörtbröd is a flavourful, somewhat sweet bread that is an important part of the Swedish smorgardsbord at Christmas and Easter. In English, it literally means 'wort bread,' but 'malt bread' is probably a better and more descriptive translation.

Vörtbröd is essentially a wheat/rye bread, sweetened and flavoured with malt, spices and raisins. The original version of vörtbröd did not have spices or raisins, just the malt that was available for making beer prior to the big holiday celebrations. The sweetened bread was a welcome change from the unsweetened variety served during the year (Wikipedia).

Swedish vörtbröd is not something that you can buy in bakeries around here so making my own loaf with ingredients available in Canada has always been the only option. This year, I decided to try a vörtbröd recipe from one of Sweden's celebrity bakers: Leila Lindholm. I had to modify the recipes slightly since all ingredients were not available locally. I replaced the rågsikt with 60% bread flour and 40% rye flour and the bread syrup with malt syrup. Swedish bread syrup contains 20% malt extract while the malt syrup I used contained 50% malt extract. (I called the manufacturer because the percentage was not listed on the jar.) In the end, the higher malt extract content was probably good thing, as many vörtbröd recipes call for concentrated wort (i.e., malt extract) in addition to syrup, I happened to have a little bit of Swedish bread syrup at home so I tried both syrups to see what the difference in flavour was. There was less of a difference than I expected. The malt syrup had a somewhat more intense flavour, but not by much.


I am trying to simplify bread making as much as possible these days. Any elaborate baking projects are doomed to fail since the new baby needs a lot of attention. I therefore decided to use a less labour intensive, but a prolonged method for mixing and proofing the bread: a version of the autolyse method. Instead of kneeding the dough for about 10 minutes in a stand mixer and then proofing it for half an hour as instructed in the original recipe (i.e., the straight dough method), I blended the ingredients together briefly and then quickly folded the dough about once every half hour three times.

Finally, I reduced the recipe to yield one rather than two loaves.

Takes about 15 minutes to make, but the whole process including proofing and baking takes about 4.5 hours. (Alternatively, you could use the straight dough method and reduce the overall time to about 3 hours - see instructions below.)

Alternative Preparation if Using the Straight-dough Method
If you prefer to finish your bread within a shorter time-frame, you could increase the amount of yeast to 25 g and use the straight-dough method. You would need to replace step five to seven above with the following steps:


The recipe worked well. The bread tasted delicious and I got inspired to bake some more so I went to DeFalco's in Ottawa to get some 100% malt extract for another vörtbröd recipe that I really want to try. Now all I need to do is find the time!